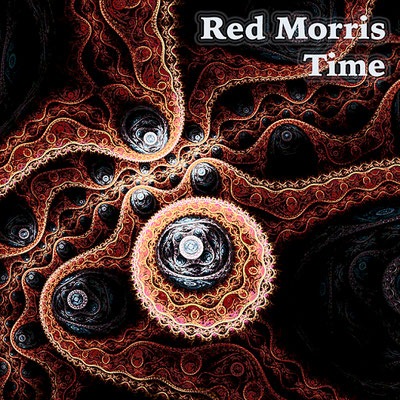 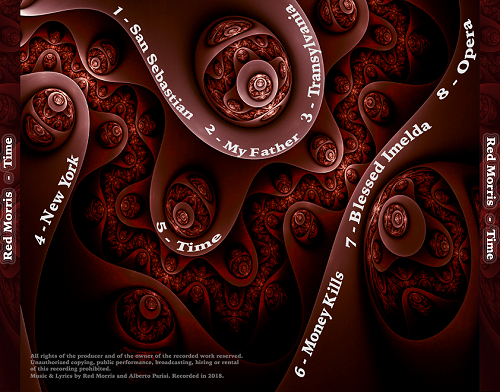 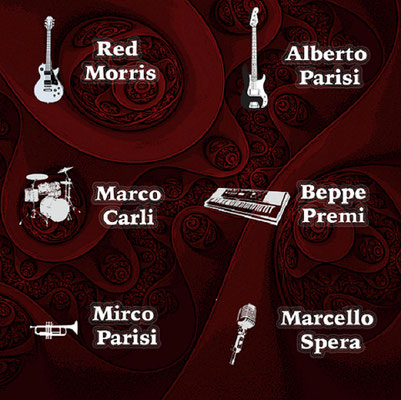 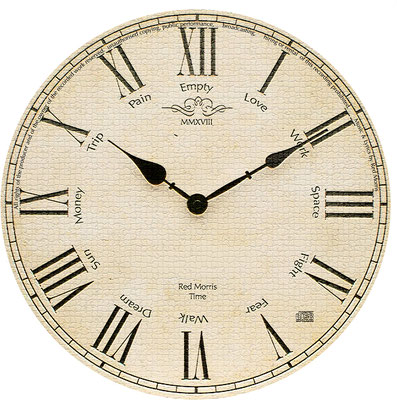 Born in Brescia, in 1991, Alberto Parisi started playing the electrical guitar in many local bands and, after few years, added the study of the electrical bass guitar. The passion for the bass raised very fast and started composing songs to develop with his father, Maurizio Parisi a.k.a. Red Morris. In 2016 began a musical collaboration between Alberto and Red which he led to the realization of the album “Time”. 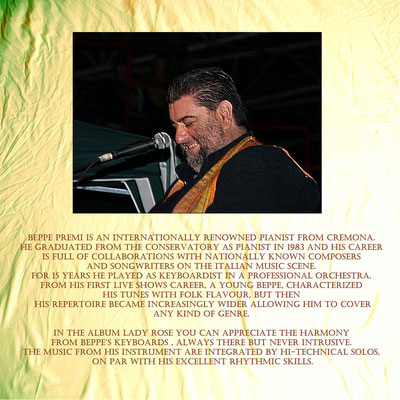 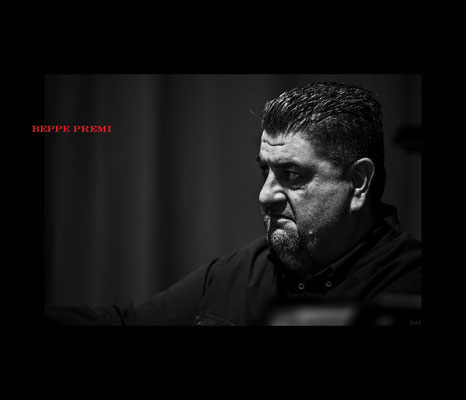 Rock/Metal attitude drummer, Marco Carli started at the age of 19 the study of the drums with the teaching of Mr. Marco Camia.

His musical career led him to discover drum’s fundamentals and deepened many genres styles like rock, blues, jazz, funk and latin. Marco participated at several musical workshops with world-renowned drummers.


My name is Luigi Vicini, I’m italian and I come from Brescia. I’ve always loved music and lived in it. I started with singing progressive music in a band that in 1983 won a very popular competition called Deskomusic (a few years later this competition was won by the singer Francesco Renga, who afterwards would win Sanremo Festival).
In these waves of victory, I had an agreement with Media Records (a well-known record company and producer of Italian disco music); for this company I made records for disco dance for a time and then I moved to Time Records, which I made several records with.
With one of these records I reached the top of the Dutch Chart of dance music (1985/Time after time/ Phil & Stan). Some years later I joined a cover band of funky music (named Axo Hang) and I have been part of this group for almost twenty years. Even now, I’m making dance music records for Diego Maifrini, the former sound engineer for Media Records (you can listen to all these pieces on Youtube) and I’m involved in a recording project with the Red Morris Band.

Marcello Spera gets to know music as a kid. He studies piano for a couple of years, then he discovers Rock music and starts playing the electric guitar. At 17 he finds his way into singing. After playing with various bands, he founded the Hard Rock band Alchemy in 2013, sill active on the scene.

Mirco Parisi, born in Chioggia (Venice) in 1971, started to play with a small keyboard when he was 7 years old and at 14 began to study the trumpet. Around 2005 he attended the Conservatory of Castelfranco Veneto where, under the guidance of master Fabiano Maniero (first trumpet at La Fenice Theatre in Venice), he graduated. From here various appearances in several theatres, including the Malibran, La Fenice of Venice and the Arena di Verona. In 2011 he was part of the Padua Conservatory brass orchestra where they performed on live TV at the San Giuliano Park in front of over 300,000 spectators, including Pope Ratzinger.

In 2015 he changes direction and approaches Jazz. He enrolls at the Rovigo conservatory at the jazz biennium, under the guidance of Master Fulvio Sigurtà